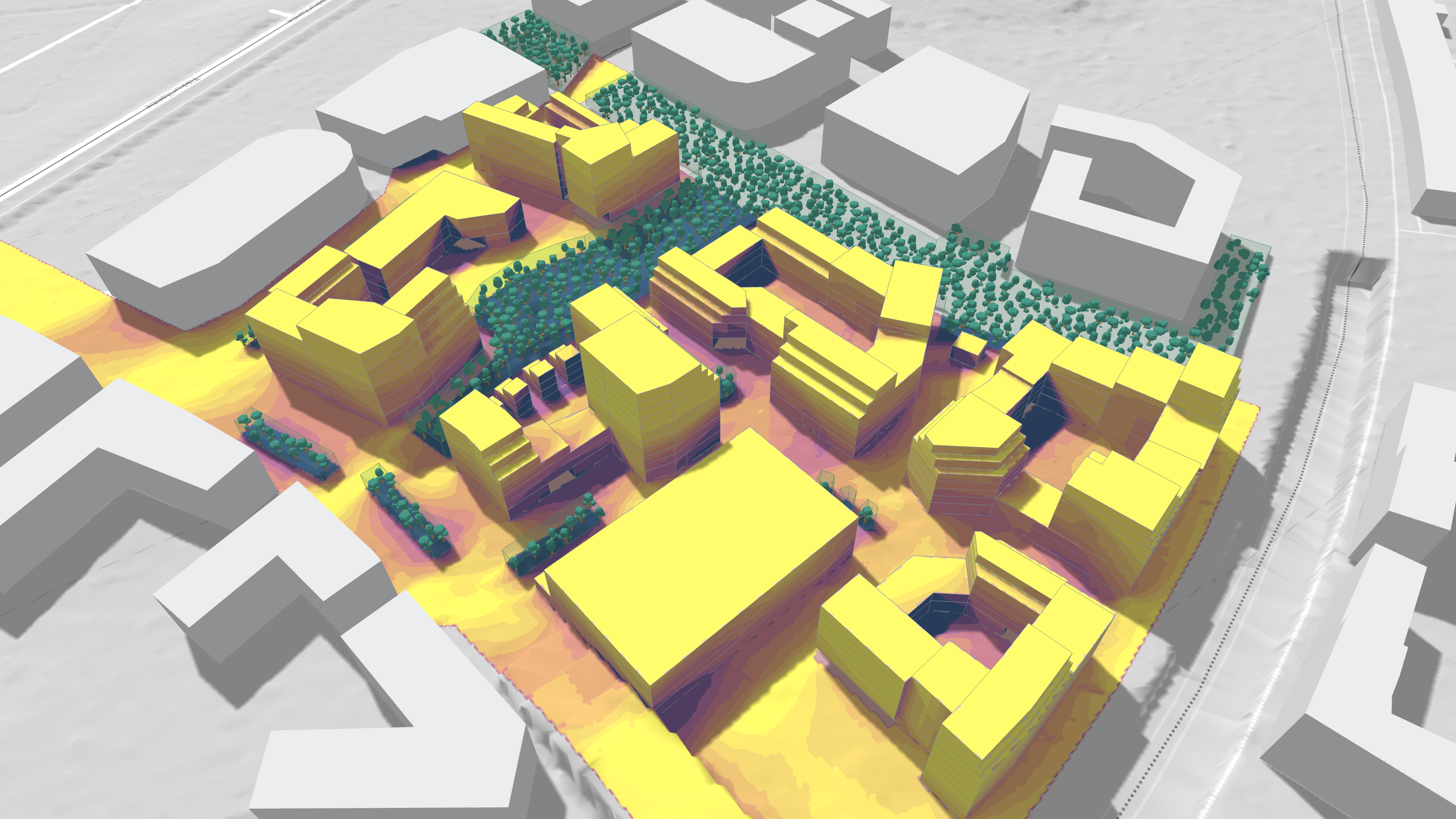 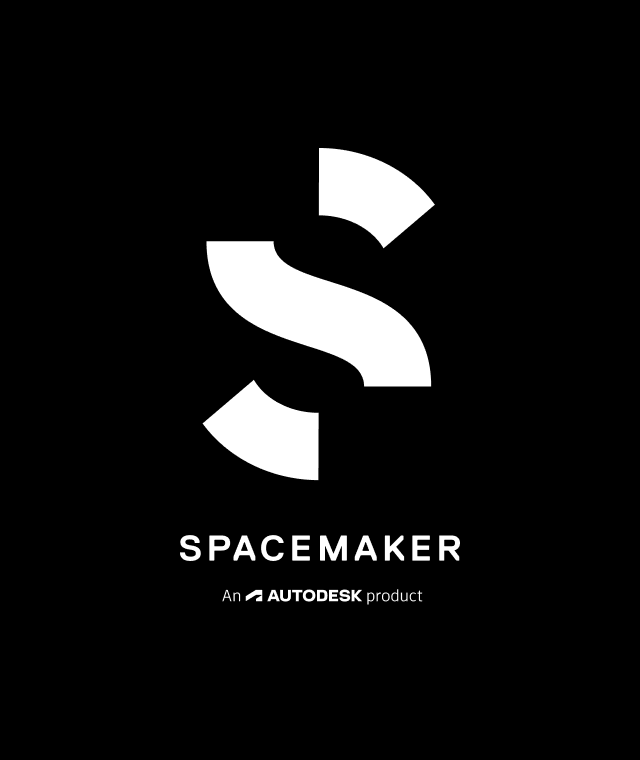 News and updates from Spacemaker

As population grows, urban planners face a dilemma. How can one successfully construct an environment that is densely built, yet comfortable, and provides room for people and nature to breathe? Artificial intelligence offered new perspectives for designers at the City of Vantaa, Finland for the design of the Kivistö district.

How Spacemaker was used by the City of Vantaa:

Kivistö district is growing into a significant residential center in Vantaa. Located by a new railway line, Kivistö will have 45,000 residents by 2050 - equivalent to a medium-sized Finnish city.

Although Vantaa is a fast-growing city - and the fourth biggest in Finland - the aim is to preserve the proximity to nature in the neighborhood. When planning new areas, it is necessary to reconcile both the dense urban structure and the comfort of the residents. Sustainable development is at the heart of the urban plan – Kivistö aims to be a carbon-neutral district by 2050. Furthermore, new and increasingly strict requirements and regulations will create even more complex demands for the designs.

“There are plenty of good reasons for highly compact urban construction, such as climate aspects, but how do we ensure that the environment still stays pleasant and residents thrive there? In my opinion, comfort and sustainable development are intertwined: when there are enough services and nature available in one's own residential area, the need for unnecessary mobility decreases,” says Anna-Riitta Kujala, regional architect of the City of Vantaa.‍

While planning the center of the Kivistö neighborhood, the designers decided to try out a new approach with an artificial intelligence-based solution. Spacemaker digitizes and streamlines the early-phase planning and design process that has previously been very cumbersome. The software automatically calculates the effects of different solutions e.g. in terms of light, wind conditions, and microclimate, all of which have a major impact on the quality of life of the residents. Plans can be edited and developed in the software, so designers can immediately see the effects of any changes they consider making.

The software was tested in two locations: in the Onnenkivi area, where planning was in the initial phase, and in Lumikvartsi, where plans were already further along.

“The design approaches in both areas are practically identical. Based on the high-level city plan, the areas will have 3 to 7-story houses and perimeter blocks. The construction area in Onnenkivi is about 50,000 square meters, while the slightly larger Lumikvartsi is over 60,000 square meters. Both also have space for parks,” says town planner Ville Leppänen.

Using Spacemaker, it was easy for the designers to see the impact of changes and to make decisions based on a wide variety of information from various sources. For example, noise surveys are often only obtained at the final stage of design when major changes may no longer be possible. Now designers can consider in advance for example how changing traffic speed limits affects noise in different options.

Planning is often conducted under time pressure. When the effects of different solutions can be quickly examined and compared, the quality of design also improves.

“The software almost downright persuades one to try different options. In the Lumikvartsi area, where plans were already almost complete, we were able to further refine the plans for the interior of the block areas. We could easily see how the effect of wind could be reduced and, for example, where a sunny terrace could be placed. Although the base plan was already very good, we have gained significant added value in the design with the help of artificial intelligence,” says Leppänen.

Designers have the final say‍

Artificial intelligence based on data analysis greatly facilitates planning, but it will not replace the human touch.

“Intelligent software solutions can teach a designer to see differently. It’s now easy to do multiple wind analyses and reflect on perspectives for which there might not have been enough time before, at least not in such a comprehensive way or the work would have had to be outsourced. Now the designer can quickly see the impact of different solutions on people’s lives. Spacemaker acts as a supporting layer of intelligence for the designer, which helps to improve the quality of the plans we create,” says town plan architect Niina Rinne.

“Value-based choices are always a human responsibility, and the expertise of the designer remains crucial," Rinne continues. "The designer now has the advantage of utilizing software to provide more options and to help think things through from multiple perspectives. Otherwise, there is a danger that the easiest solution will be chosen and we end up repeating the same solutions. Another important feature is that we now have an easy way to show stakeholders how a solution has been reached and on what grounds.”
‍

Modern cloud software also allows collaboration between multiple parties, dismantles silos that may have been formed over the years, and helps to challenge established practices.

“Spacemaker has proven to be an excellent help for weighing options. The world is constantly becoming more complex, and the implications of the decisions we make now are far-reaching. That is why we need tighter cooperation between all the various parties, to be able to take everyone's views into account. A tool that supports the designer and helps make better decisions will certainly be even more useful in the future,” says Niina Rinne.

Main image: Sun analysis from the urban plan of the Kivistö district.

Try out Spacemaker with our 14-day free trial!

We are happy to welcome Allan back to Spacemaker, this time as a full-time Data Scientist in the Oslo office.

We at Spacemaker want to change the status quo of how noise analysis is done. Learn more in this article.

Product News
Privacy settings
Do not sell my personal information
Privacy / CookiesPlatform Analytics ListTerms
Copyright 2020 Spacemaker. All rights reserved.
Stay in the loop
The Spacemaker newsletter is a resource for AI technology, research, advice, and learnings. Subscribe to our newsletter for the latest news!
SolutionsAboutCareersContactBlogWebinars
Customers
Contact
Blog
Start trial
Log in