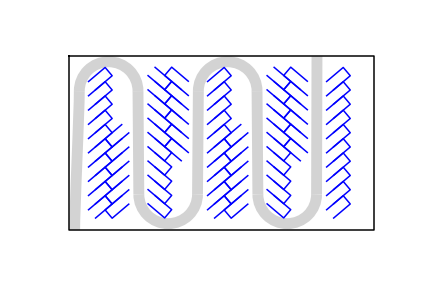 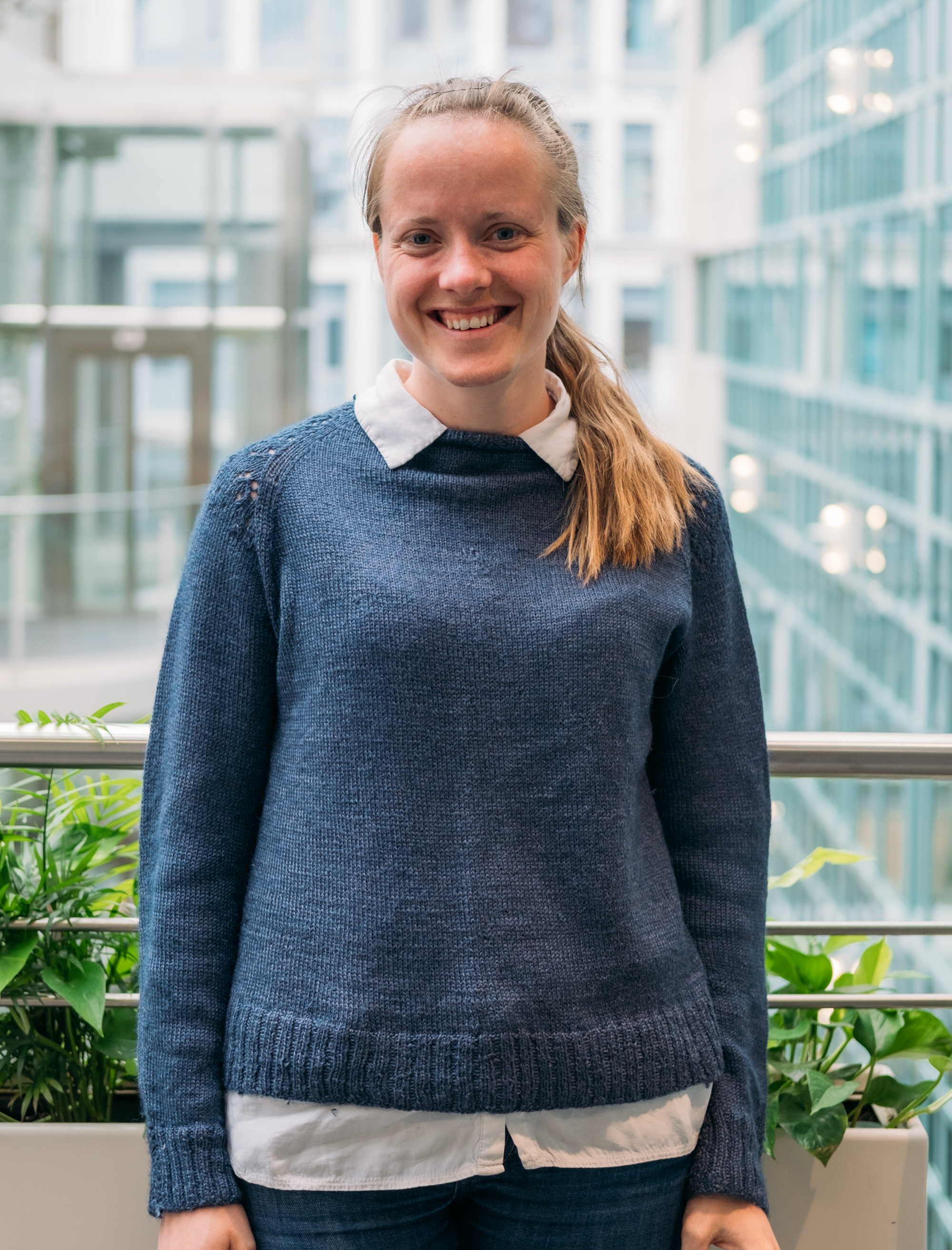 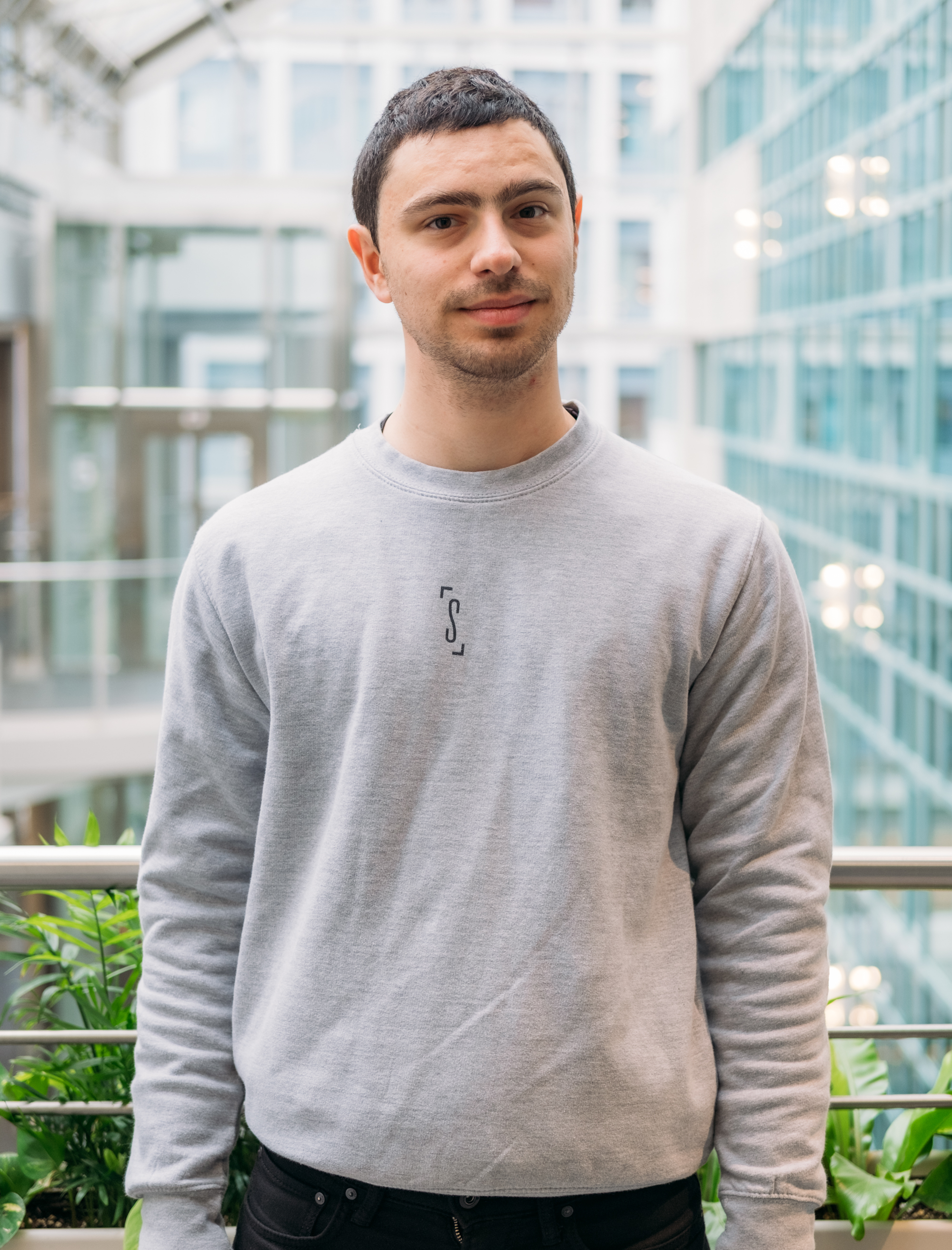 There are over 1 billion cars in the world today and, according to the International Energy Association, this number will likely triple by 2050. At the same time, real estate prices in major cities continue to climb, making the necessary construction of new places to park prohibitively expensive. With this in mind, how can we design parking lots to take up as little space as possible? Spacemaker’s research team has been looking into the problem and came across some surprising insights.

Many parking lots have two access lanes between every parking column: one for each direction of travel. Cars in this configuration can only turn into bays on their right hand sides, or they can interfere with traffic traveling in the opposite direction. But if access lanes were only one-way, we would only need one lane between parking columns. Cars could turn into bays on either side without colliding with another direction of traffic. This means savings in efficiency, or the required area per parking bay. You can see an example of these two layout schemes and their associated space requirements in the figure below. Parking bays are drawn in blue, and the path of cars through the lot is drawn in grey.

Parking bays don’t have to be set at right angles, as in the plot above. We often can get better efficiency if we set them at a smaller angle. We can see an example of this approach below.

The smaller the bay angle, the narrower we can make a lot’s access lanes and parking columns. At the same time, smaller bay angles decrease the number of bays that can fit in a parking column; the best bay angles have to balance these two competing space requirements. This much is pretty intuitive. But as one of their more subtle consequences, bay angles also influence where cars can turn between access lanes.

The figure above shows the path of a turning car around the last bay in a parking column. We want this path to pass as close to the bay as possible, or we’ll use up unnecessary space. As we can see in the figure above, for smaller bay angles, the turning path tracks the back left corner of the top bay in the column, while larger bay angles are governed by the front left corner. This discontinuity means that the area requirements for a set of bays depend on the bay angle in a highly idiosyncratic way. You can see this erratic function in the plot below.

Although the irregularity of of this function makes it hard to find a globally optimal bay angle, there are few enough local maxima that a modern laptop can still find the best angle within milliseconds.

Lots that direct cars around a series of parallel parking columns work best when entrances and exits are at the corners of the lot, like the examples above. But a minor tweak to the same parallel column layout also facilitates entry along the sides of the lot: just split the lot into two sub-lots. Take a look at the example lot below.

The left side is a sub-lot of parallel columns with standard entrances and exits. So is the right side: it’s just rotated 90 degrees to the right. Similar transformations allow us to put entrances and exits anywhere at along the boundary of the lot, wherever the traffic conditions of the area demand them.

These observations just scratch the surface of what we can learn from Spacemaker’s parking model. For more details about the project, check out out the full paper here.

Sam is a data scientist at Spacemaker. He works with architects on mathematical modeling and holds a degree from Yale in Computer Science.

Karoline is a data scientist and the Office Lead in Spacemaker’s Boston Office. She works with predictive models and mathematical optimization. She holds a Master in Business Analytics from MIT’s Operation Research Center.‍

Try out Spacemaker with our 14-day free trial!

Discover the power of Spacemaker with our upcoming webinars

Our Digital Roadshow explores how the Spacemaker platform can help you.

By partnering with Bouygues Immobilier, Spacemaker, is launching its revolutionary AI-based technology in the French market.

Customers & Partners
Privacy settings
Do not sell my personal information
Privacy / CookiesPlatform Analytics ListTerms
Copyright 2020 Spacemaker. All rights reserved.
Stay in the loop
The Spacemaker newsletter is a resource for AI technology, research, advice, and learnings. Subscribe to our newsletter for the latest news!
SolutionsAboutCareersContactBlogWebinars
Customers
Contact
Blog
Start trial
Log in