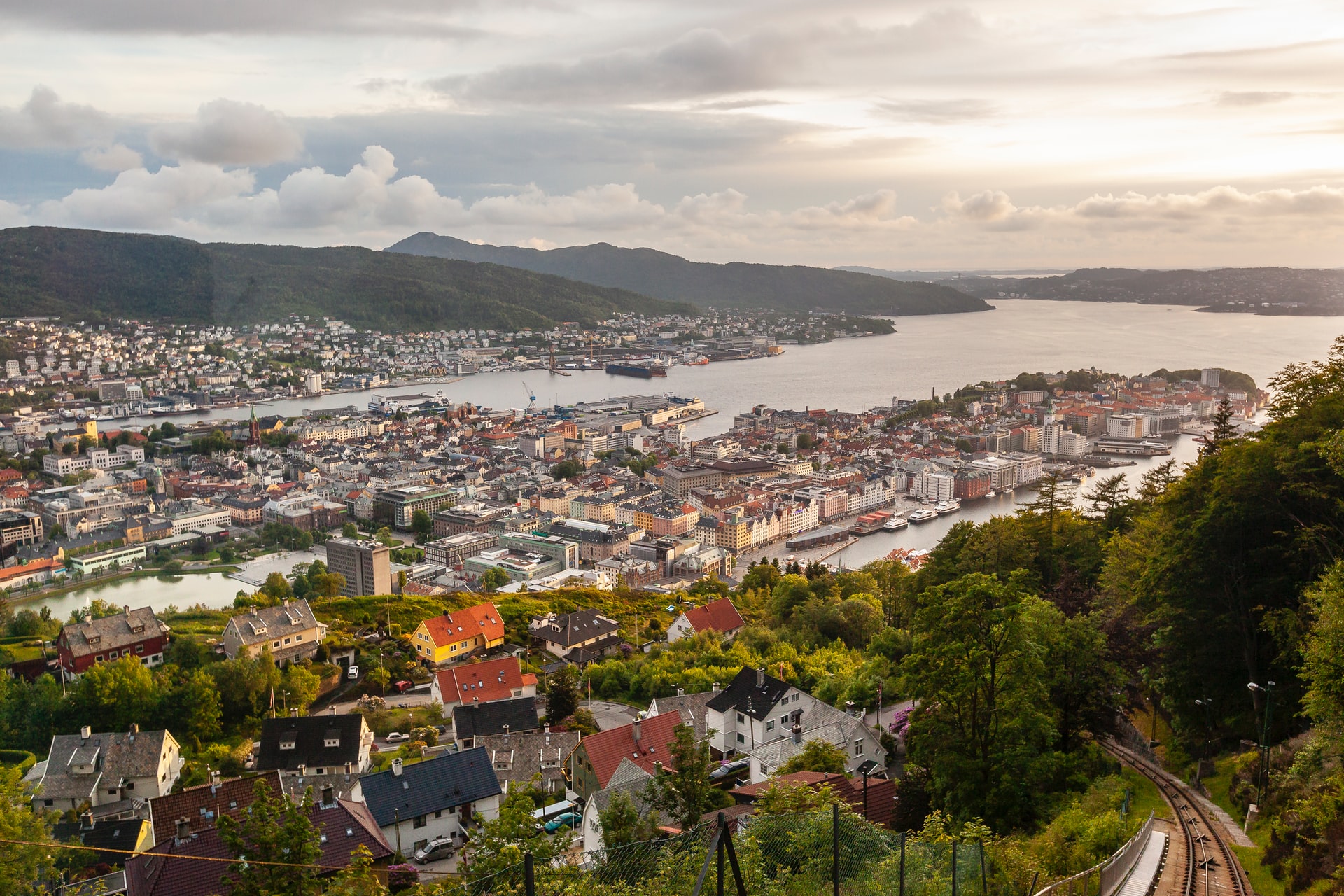 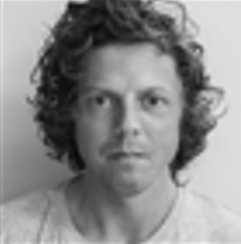 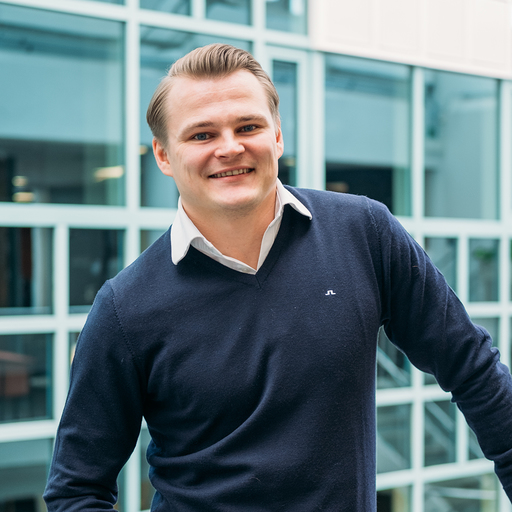 “Digital support for urban development makes the process and dialogue with those involved both safer and better. When everyone sees how and why different solutions affect the environment, we can have more constructive conversations and make better decisions.” These words belong to Oskar Berglund, an official of the Swedish municipality of Malmö who is leading the detailed planning of a new city district. The municipalities are key players in Nordic urban planning, where all countries have stated that they want to be at the forefront of sustainable development. More and more municipal city planners are starting to use Spacemaker in their effort to manage the complexity of urban planning, bringing about the best possible city districts for the coming generations. In this article you will read about their experiences and insights.

‍Although they slightly differ, the planning process is very similar across the Nordic countries, where the municipalities are seen as an engaged and important partner throughout the whole project. Across the Nordics municipalities also face the same challenges: new demands on sustainability, improved living conditions and stricter regulations, but still keep the projects within tight time and cost limits. The governments of the Nordic countries have also committed to ambitious climate goals, which puts further pressure on urban planners. The trend is larger and denser projects, built smarter and preferably also faster than ever before. Also, social sustainability is becoming a more explicit goal in many projects, which requires even more advanced planning.

Another important issue is transparency, to give all stakeholders in the planning process a clear view on how the design proposals will affect them and their various priorities. And there is a need to provide them with evidence for this, so that the planning process doesn’t get bottled up. These are real and painstaking problems for all urban planners in the Nordic municipalities. Therefore, intelligent, data-driven planning tools such as Spacemaker are gaining a lot of interest from the representatives of the municipalities in order to help them improve the way they work.

So, how have the municipalities in our Nordic countries taken up the opportunities to use data-driven planning and AI to solve these seriously big challenges? Here are some examples that we think clearly show the concrete benefits Spacemaker provides, once the municipalities start testing and using the platform.‍

In Vantaa, Finland, the municipality wanted to preserve the proximity to nature at the same time as the Kivistö district was being expanded as a residential area. Denser buildings contribute to climate goals, at the same time as it can be a challenge for well-being and other housing qualities. The city developers therefore chose to use Spacemaker's platform in two areas in the district: Onnenkivi (50,000m2), where the planning has just begun, and Lumikvartsi (60,000m2), where the planning has gone further.
‍

‍
“There are plenty of valid reasons for highly compact urban construction, such as climate aspects, but how do we ensure that the environment still stays pleasant and residents thrive there?” says Anna-Ritta Kujala, regional architect of the City of Vantaa.

In these areas, the municipality has used Spacemaker to see how different design proposals affect the final result and to make decisions from a variety of information. One such example is noise analyzes, which through Spacemaker's platform have been made possible to perform faster than usual, giving room for more adequate ideas on an early stage. Now it has been feasible to take into account, among other things, how speed limits for traffic in the area affect various proposals.

When the effects of different solution proposals can be visualised and evaluated more quickly by the stakeholders involved, the quality of the design also increases, which is a recurring response from the municipalities we talk to.

“It is almost as if the software forces you to test different possibilities. In the Lumikvartsi area, where the plans were almost completed, we managed to further refine the plans for the neighborhood's courtyards. We could easily see how wind effects could be reduced and where a sun terrace could be placed. Even though the original plan was very good, we have managed to add tangible values ​​to the design with the help of this technology, ”says city planner Ville Leppänen.

“Intelligent software solutions can teach a designer to see differently. It’s now easy to do multiple wind analyses and reflect on perspectives for which there might not have been enough time before, at least not in such a comprehensive way or the work would have had to be outsourced. Now the designer can quickly see the impact of different solutions on people’s lives. Spacemaker acts as a supporting layer of intelligence for the designer, which helps to improve the quality of the plans we create.”

Bergen is our first Norwegian municipality to start using Spacemaker and we look forward to hearing about how they experience the tool and the new way of working that it provides. In Bodø, the municipality has already been closely involved when the property developer Clemens Eiendom used Spacemaker in several projects and where the platform facilitated the cooperation between the parties involved from the outset.

"With Spacemaker, we have had access to analysis for wind and solar, among other things, early in the planning process, something that has been useful for us as a municipality and landowner. By working iteratively and analysis-driven, we have saved time and improved our entire planning process." Mats Marthinussen, department manager and city planner in Bodø municipality. He highly recommends that other municipalities and urban developers work in the same way as they do with Spacemaker.

In Sweden's third largest city, Malmö, a new nature-sensitive area is being built - Elinelund - becoming a vivid, sustainable  district. Since April 2021, the municipality of Malmö has used Spacemaker to facilitate cooperation between different public administrations, by explaining and visualizing how alternative ways of building affect noise, sunlight, planning of social areas and protection of the valuable natural environment in the nearby limestone quarry. In addition to housing (2,000 homes ), an elementary school, preschool, sports hall, parking garage, business premises and parks are also planned here. It is the municipality of Malmö that owns the land and produces the detailed plan, which requires good preparatory work, so that the building rights become commercially attractive. Malmö is now using Spacemaker for the development of the third stage of the Elinelund area.

“In a visual data model, we and the city planning office have been able to easily twist and turn the locations and height of buildings and streets to find interesting solutions. It has gone fast and made it easier, not least when we had a hard time meeting physically due to the pandemic,” says Oskar Berglund, project manager at the Real Estate and Street Office in Malmö.

Also here, Spacemaker has contributed to the transparency in the planning process. Representatives from the school have been able to take part in the municipality's visualizations to see how, for example, noise affects the school environment depending on how the buildings are placed.

“It usually blows from the southwest and we got suggestions to put buildings around to reduce the wind to carry the noise all the way into the area. With Spacemaker's simulations, we can quickly make noise, wind and solar studies that would otherwise take weeks or months to produce,” explains Annie Altengård, planning architect at the City Planning Office and who, together with Oskar Berglund, leads the detailed planning work.

Now the municipality's plan is to involve its geodata specialists to export the data produced in Spacemaker and make even more detailed visualizations of the proposals. This will contribute further to giving a clear view on how the proposed design will work out in reality.

“Digital support for urban development makes the process and dialogue with those involved both safer and better. When everyone sees how and why different solutions affect the environment, we can have more constructive conversations and make better decisions,” concludes Oskar Berglund.

More municipalities in line for Spacemaker‍

Many more Swedish municipalities are about to start using data-driven urban planning in the early design stages. Recently, the municipality of Norrköping decided to begin using Spacemaker. In 2035, the municipality is estimated to have 175,000 inhabitants compared with today's 140,000, and build 15,000 new homes. Here too the municipality recognizes that urban development is becoming increasingly complex, that more demands are placed on its built environment, not least when it comes to taking climate change into account, all of which risks clashing with the ambitions of keeping a high building pace. Norrköping, as do all Nordic municipalities, is now implementing Agenda 2030, with a strong focus on goal 11 ("Make cities and human settlements inclusive, safe, resilient, and sustainable" ).

“A good urban planning proposal is the sum of a number of different qualities and spatial factors that work together. To support that work, we are now testing an AI-based tool for urban planning, Spacemaker, which makes it possible to sketch new urban structures and in parallel carry out several different analyzes, such as noise, sun, daylight and wind. The result is a faster and more dynamic design process, than the processes where each technology area must be analyzed by a separate external consultant,” says Erik Telldén, strategist at Norrköping Municipality.

Feel free to contact us or one of our colleagues to hear more about how Nordic municipalities are benefitting from using Spacemaker in their sustainable urban developments.
‍

Ingrid Godaker joined Spacemaker in January 2021 as a Customer Success Manager at the Stockholm office.

We highlight two projects that showcase the value that Spacemaker can bring to real estate developers.

Team
Privacy settings
Do not sell my personal information
Privacy / CookiesPlatform Analytics ListTerms of Use
Copyright 2020 Spacemaker. All rights reserved.
Stay in the loop
The Spacemaker newsletter is a resource for AI technology, research, advice, and learnings. Subscribe to our newsletter for the latest news!
SolutionsAboutCareersContactBlogWebinars
Customers
Contact
Blog
Start trial
Log in