How Steen & Strøm and Storebrand use Spacemaker for site development 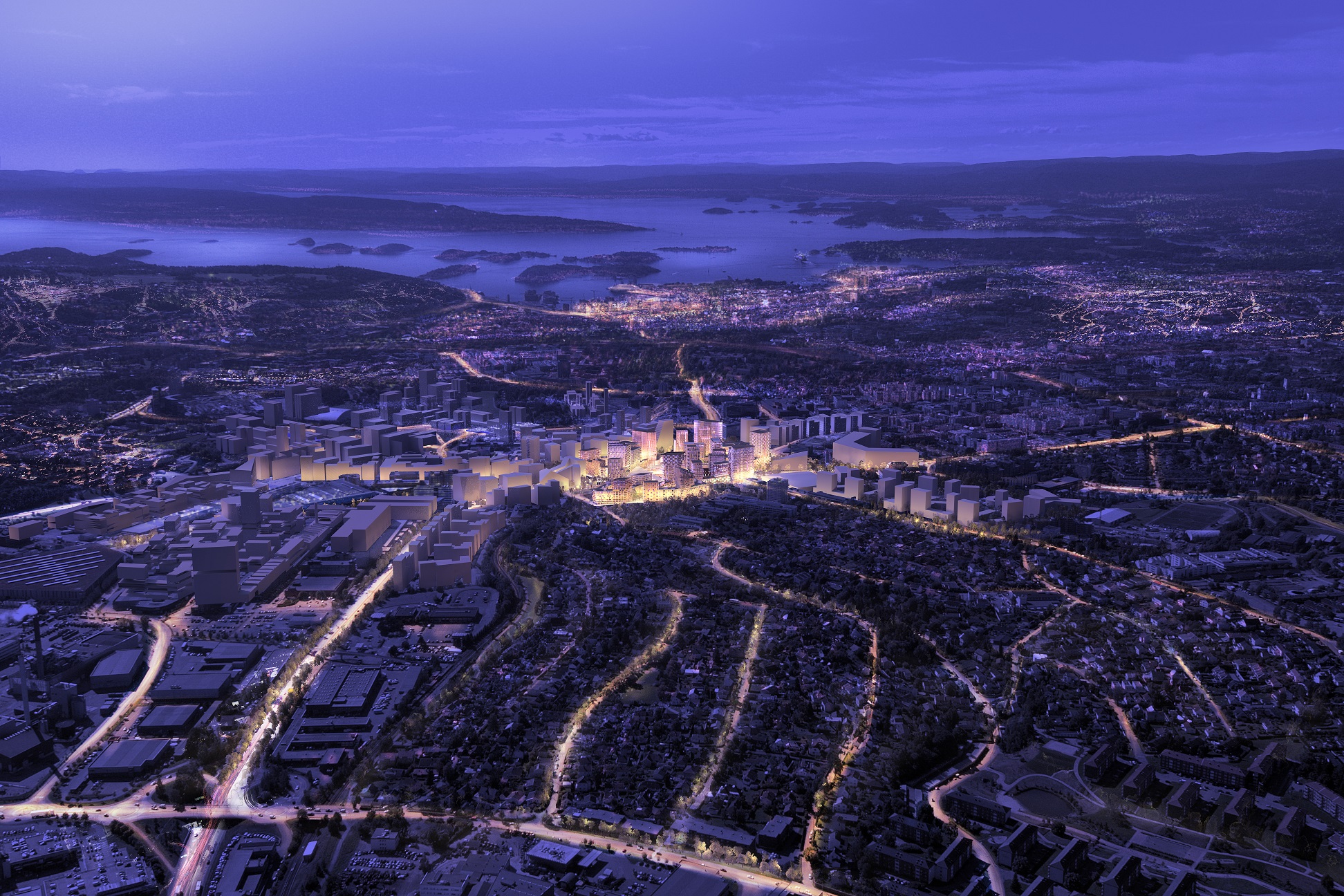 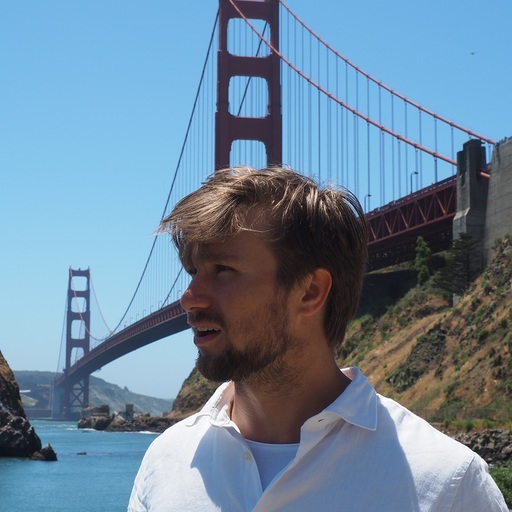 In this article, we will look at how forward-looking developers like Steen & Strøm and Storebrand (regarded by the World Economic Forum as the 13th most sustainable company in the world) are revolutionizing site development on Økern Sentrum, enabled by Spacemaker’s technology.

The project and the developer

The Økern Sentrum project group has been using Spacemaker on their project Økern Sentrum (Økern center) since fall 2019. Økern Sentrum is one of Oslo’s larger and most important urban development projects, with a planning area of approximately 90 000 m². The masterplan design was conceived by A-lab architects and consists of housing, offices, hotels, cultural arenas, shopping streets, plazas, water streams, a subway, among others. From the beginning, the creation of high quality public spaces has been a driving force for the design. The plan was then further developed in close collaboration with Sweco and the real estate developer.

The Økern Sentrum project group has been using Spacemaker for a wide range of use cases such as design exploration with optimization and generative design, testing regulatory requirements, and analyzing qualities such as wind, sun, daylight, noise, and outdoor areas.

The following case study takes us into one of the workshops led by Peter Fossum, Developer at Steen & Strøm.

“I love these workshops where we work with Spacemaker. We can adapt the project with many different parameters, such as noise and daylight, and test different hypotheses by manually changing the design, then view the results from the analysis in just a few minutes. The Spacemaker workshops have proven to be a powerful add-on to architectural masterplan development, overall improving the process and the outcome.” - says Peter Fossum.

When Økern Sentrum arranges a workshop to make big design decisions they bring relevant advisors from different disciplines to the table, working together in the Spacemaker platform. Spacemaker provides them with analysis and quantitative information in the form of a 3D model, as well as an intuitive design tool. The project group can reflect and act on data-driven insights, discuss and develop alternative design solutions, and then test and analyze the respective design changes instantly to see how these perform.

Let’s dive deeper into one of these workshops.

Cross-discipline collaboration with a single source of truth

After comprehensive cooperation with the municipality on the re-opening of two water streams that would run through the project, the project group was given a very short timeframe to adapt the street, plaza spaces and building volumes. At the same time they needed to maintain the qualities of the residential and commercial areas, and thus the revenue potential for the project. Spacemaker was crucial for the fast and accurate delivery of the project.

Økern Sentrum arranged a two-day workshop to iteratively adjust the concept, working in Spacemaker to design, analyze and review different outcomes, and the impact of different design decisions. “Conclusions from the workshop and results from Spacemaker were instrumental for a series of adjustments which A-lab made to the initial, algorithm-driven building designs. This underlined the potential for combining artificial intelligence with cross-disciplinary project team collaboration”, says Pål Erik Olsen, Associated Partner from A-lab.

Given the wide range of issues that needed to be addressed, the workshop had to include stakeholders from a broad range of disciplines including Økern Sentrum (developer and Spacemaker expert), A-lab (architect, landscape architect and Spacemaker expert), and Sweco (city planners, construction engineers, daylight engineers, and acousticians). The entire team cooperated using a single 3D model in the Spacemaker platform, and this data-driven and iterative workflow significantly sped up the decision-making process.

As a result, the team was able to optimize comfort levels in public spaces as well as maintaining and even significantly improving the daylight and noise situation. This not only allowed them to adjust the concept to the requirements of the planning authorities, but even enabled them to find additional high-quality residential spaces that increased the amount of sellable area rather than leading to a reduction, which is what usually results from regulatory-driven adjustments.

In the case of Økern Sentrum, the end result was greatly aligned to the general strategic approach that municipalities have started to take for hub developments, namely to create city centers with high quality public space and innovative mobility solutions, that are lively throughout the day and all year round. Also, with up to 1500 apartments, the project will significantly contribute to delivering much needed apartments (50% of the annual need), easing the pressure on the housing market in Oslo.

Let's take a closer look at two examples; the first, focusing on improvements to daylight and noise qualities and the second, looking at how the design needed to be changed to allow for reopening the streams running through the center of the plot.

Some residential plots with closed blocks typologies showed challenging situations with high noise levels towards the streets, and little daylight in internal corners. The team worked iteratively to improve the daylight and noise situation, and, after hypothesis testing, decided to change the block into an open city block.

The below figures show the outcome of the architectural evaluation and design process. It clearly demonstrates how the key conclusions from the hypothesis testing have influenced the final design of the plot. The iterative process allowed for the creation of more high-quality housing apartments, while meeting all regulatory and technical demands.

The illustration shows the final implementation of the water stream in the project. The iterative design process in Spacemaker highly influenced the final masterplan and made for the efficient integration of two water streams as well as better public spaces and housing qualities. “Spacemaker is a powerful tool that lets a project group drive a discussion with the facts on the table. It creates an arena for collaboration where we can identify and solve problems together. For example, when we were working with the municipality on the placement of the stream, the project group was able to incorporate the feedback, test a new design and move forward with a decision efficiently", says Peter Fossum.

After a record-breaking process timeline, the proposal for the project plan was sent to the municipality and was recently even covered by Aftenposten (Norway’s largest printer newspaper). The article discusses the increased focus on public spaces and by taking Økern Sentrum as an example, highlighted the tripling of public space when compared to the initial concepts. Both the owners, Steen & Strøm and Storebrand, have a track record when it comes to long-term ownership and operations of real estate property. The incentives of the city are aligned with those of the developers to ensure high-quality public spaces where business and people will thrive together.

“In the case of Økern Sentrum, efficient project and stakeholder management is crucial in order to create living qualities that are attractive and mutually beneficial for all parties involved. Økern Sentrum is an impressive project working towards a quality-driven outcome. It 100% embodies our vision of creating better and more livable cities by using technology and data efficiently and effectively. In addition, the project team has been a great partner for our product team here at Spacemaker, providing us with valuable feedback and insights into how the platform can be applied to large scale development projects where multiple stakeholders are involved,” says Havard Haukeland, Co-founder of Spacemaker, and Senior Director at Autodesk, who recently acquired the company.

Thank you! Your submission has been received!
Oops! Something went wrong while submitting the form.

By partnering with Bouygues Immobilier, Spacemaker, is launching its revolutionary AI-based technology in the French market.

With a view to future-proofing, Swedish municipalities participated in a national innovation programme focused on digitalization.

Under pressure: Does Spacemaker really accelerate the design process in urban planning?

Customers & Partners
Privacy settings
Do not sell my personal information
Privacy / CookiesPlatform Analytics ListTerms
Copyright 2020 Spacemaker. All rights reserved.
Stay in the loop
The Spacemaker newsletter is a resource for AI technology, research, advice, and learnings. Subscribe to our newsletter or follow us on social media for the latest news!
SolutionsAboutCareersContactBlogWebinars
Customers
Contact
Blog
Start trial
Log in